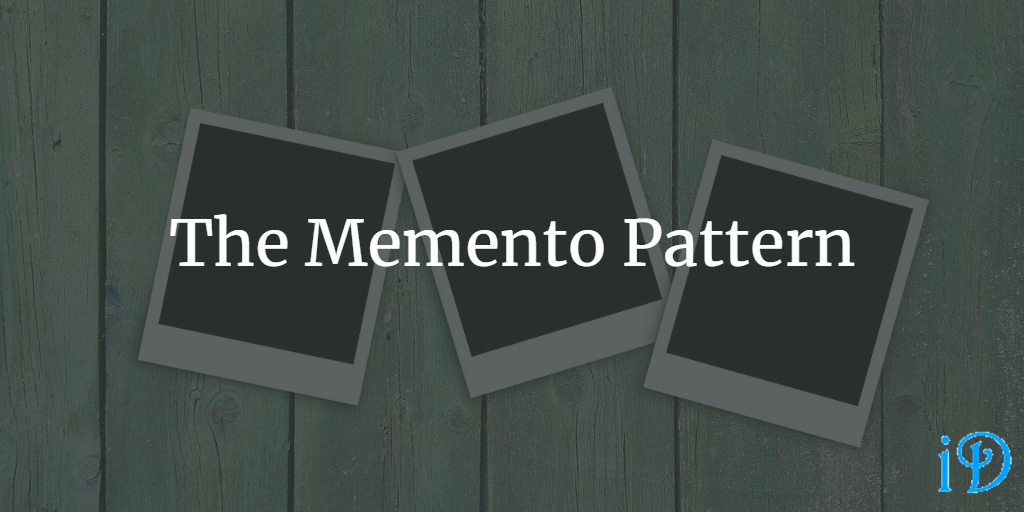 Head First Design Patterns by Eric Freeman and Elisabeth Freeman provides a quick overview of the Memento Pattern in its appendix.

Pluralsight's Design Patterns Library course has a module on the Memento Pattern from Steve Smith.

The job of the Memento is to save the important state of an important object in a system, in order to acheive that undo-redo functionality.

The Memento Pattern can be applied in conjunction with the Command Pattern or Iterator Pattern pretty effectively to implement undo-redo functionality within those other patterns.

If you've seen the movie Memento, you may notice that the memento object is a lot like the photos and other clues the main character leaves himself to help his future self figure out what's going on. He is like the originator in the Memento Pattern. Since the premise of the movie is that the main character cannot create new memories, whenever he forgets again, he has to look at his mementoes, his clues, to get an idea of what's happened and approximate a return to his prior state (before he forgot).

If you haven't seen the movie, it's a really cool, mindbending film.