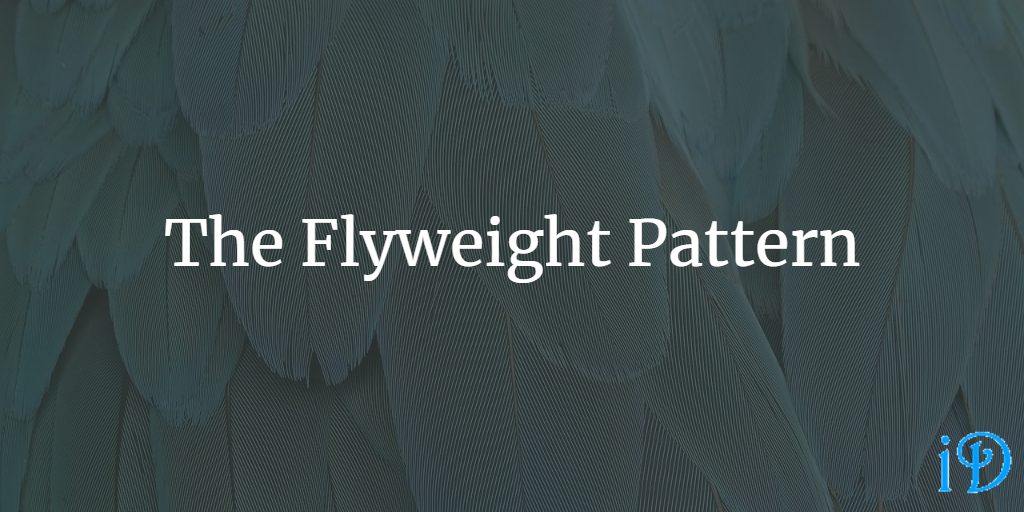 The Flyweight pattern is intended to improve performance by having one instance of a class provide many virtual instances.

Head First Design Patterns by Eric Freeman and Elisabeth Freeman provides a quick overview of the Flyweight Pattern in its appendix.

Pluralsight's Design Patterns Library course has a module on the Flyweight Pattern from Niraj Bhatt.

If an application has many instances of a class where all of the logic and controls between them are identical, this is a good sign that the Flyweight Pattern could be implemented.

Instead of having a single Object class where each instance maintains its own state and performs the necessary logic, the idea of the Flyweight Pattern is to have a stateless Object class (called a flyweight) that only provides the logic, as well as an ObjectManager class that holds an array for all the different object states. The ObjectManager class should also have methods to call each of object's methods for all instances in the array.

Flyweight is often implemented in conjunction with the Factory Pattern, in order to prevent many flyweights being initiated. It also works well with the Composite Pattern, Strategy Pattern, and State Pattern.

One drawback is that different logical objects will not be able to behave independently of one another.