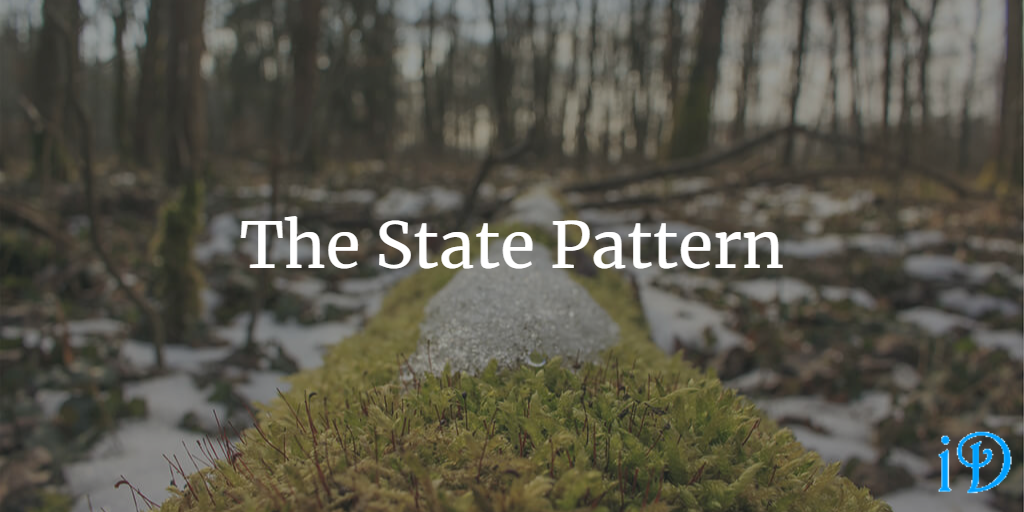 The State Pattern is used to alter object behavior based upon an internal state. In most respects it is virtually identical to the Strategy Pattern, though the two have very different intents.

Head First Design Patterns by Eric Freeman and Elisabeth Freeman gives a pretty good overview of the State Pattern in its tenth chapter.

Pluralsight's Design Patterns Library course has a module on the State Pattern from John Brown.

The beauty of the State Pattern is that these changes can be made internally in the object without a bunch of spaghetti code in the form of if-else and switch statements trying to control different states. Instead, we can use composition to change an object's state based on certain defined state transitions. The State Pattern can increase maintainablity and simplify code and is quite effective in separating concerns.

The State Pattern has a fairly simple structure: concrete states inherit from a state interface. An object whose state will change (the "context") composes implementations of the state interface. When requests are made to the context, they are delegated to its internal state.