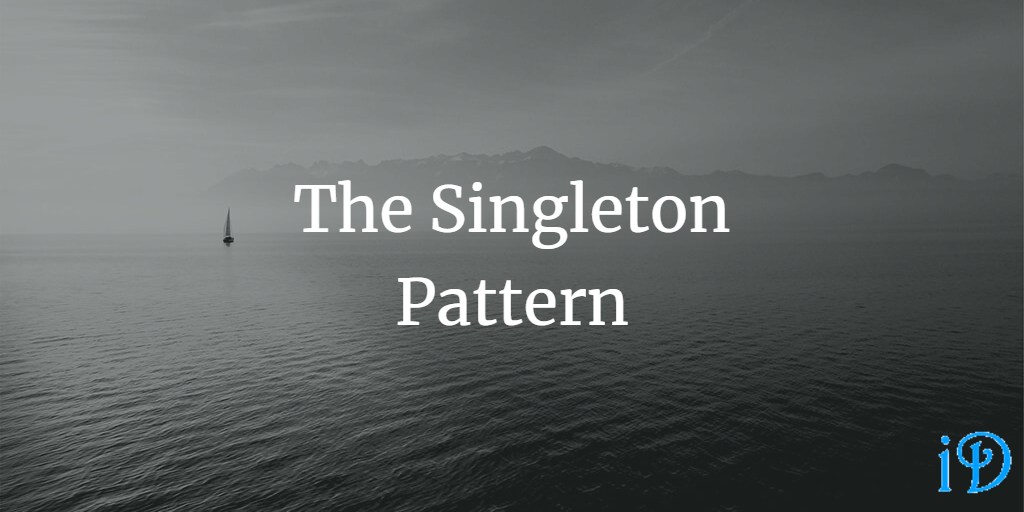 The Singleton Pattern provides a means of building a class with one and only one instance ever initialized, and that instance is globally available. This seems fairly simple at first, but there are some complicating factors that the pattern helps us consider.

Head First Design Patterns by Eric Freeman and Elisabeth Freeman provides an excellent explanation of the Singleton Pattern in its fifth chapter.

Steve Smith also has a good synopsis of the pattern in one of his blog posts.

Note: I should mention that many developers, for good reason, consider the Singleton an antipattern. There are a lot of valid arguments against using it, so you should consider carefully whether your project actually necessitates it. Here's a blog post from Maximiliano Contieri explaining a number of arguments against Singleton. That said, here's how and why you should implement it, given the correct situation:

Why would I want just one instance of a class?

Well, what if you have a class PrinterAssigner that assigns jobs among several printers. If you accidentally instantiate a second PrinterAssigner, you might end up assigning a printer too many jobs or running duplicate jobs. There are many other examples of objects (often involved in managing other classes, like an operating system's window manager or file manaager) where having multiple instances instantiated can lead to hard-to-find errors.

The naive implementation of Singleton

On its surface, Singleton is very simple. If you don't care about thread safety in your program (which you should! But more on that later), the naive implementation of Singleton is fine:

You'll notice that Singleton has a private constructor, which is called by getInstance() if and only if there is not already a Singleton instance stored in oneSingletonToRuleThemAll.

Well, this seems great! It ensures we can only ever have one Singleton, and it eliminates any overhead that might result from instantiating that Singleton before it is actually needed. Are we done yet?

Imagine you have two threads running your program at once. Within miliseconds of one another, they each call Singleton.getInstance(). At this point, oneSingletonToRuleThemAll is null in both threads, so they both enter the if block! Since they're both in the if block, each thread can instantiate a Singleton. Thus, the naive implementation is not thread-safe.

However, for a more elegant solution, you can use the LazySingleton approach that Steve Smith covers in his Pluralsight module on Singleton. Here, you can trick the C# compiler into lazily compiling your one Singleton instance by using a nested class which returns that instance when the Instance property of the Singleton class calls on it.

These are just a few examples. Depending on your language and environment, you'll likely find other ways to manipulate the Singleton Pattern into being thread-safe.