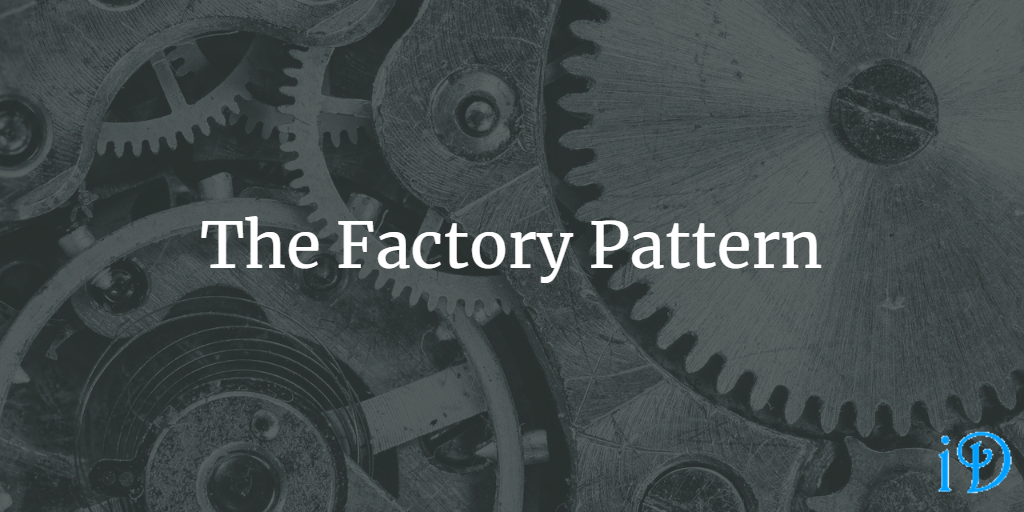 The Factory Pattern is used to encapsulate object creation in order to increase flexibility and adhere to the Open-Closed Principle.

Head First Design Patterns by Eric Freeman and Elisabeth Freeman provides an excellent explanation of the Factory Pattern in its fourth chapter.

The Factory Pattern is actually a name given to several different patterns: Simple Factory Pattern, Factory Method Pattern, and Abstract Factory Pattern. What they all have in common is that they are all about compartmentalizing the construction of objects in order to increase flexibility as to which concrete implementation of an interface is used. This is important for adherence to the Open-Closed Principle, because the other way to achieve this flexibility tends to involve lengthy switch statements.

The Simple Factory is so simple it barely counts as a pattern, but it has a lot in commmon with the other factory patterns, so it usually gets listed with them. Essentially, the Simple Factory Pattern puts the logic of which object to create into a factory class, which has a method like createObject(Type t), which can be used to return a concrete instance of that object, based on the input.

Now, your code can decide the type of concrete object it would like to create by instantiating a certain creator subclass.

Let's say you want to open a restaurant serving all different types of pasta. Each dish will have different ingredients - your shrimp alfredo will need alfredo sauce and shrimp (of course) as well as some fettuccine, probably. However, your spaghetti and meatballs will require meatballs, some marinara sauce, and spaghetti. All your dishes require a sauce, a topping, and pasta, but these vary between dishes.

Unlike the Factory Method Pattern, the hierarchy trees are not really parallel in this case. The factory hierarchy is pretty straightforward, but it's not quite parallel with the ingredients hierarchy. There are several interfaces or abstract classes for ingredients like sauce, topping, and pasta, each of which has one corresponding concrete implementation for each concrete factory. e.g. the abstract Sauce class will have an Alfredo subclass corresponding to the ShrimpAlfredoIngredientFactory and a Marinara subclass corresponding to the SpaghettiAndMeatballsIngredientFactory (though there could conceivably be some overlap - another dish might also call for alfredo sauce. However, any given dish will require only one sauce).

Implementation of the Abstract Factory Pattern is often achieved using a series of factory methods, one for each of the objects in each family (in our case sauce, topping, and pasta).