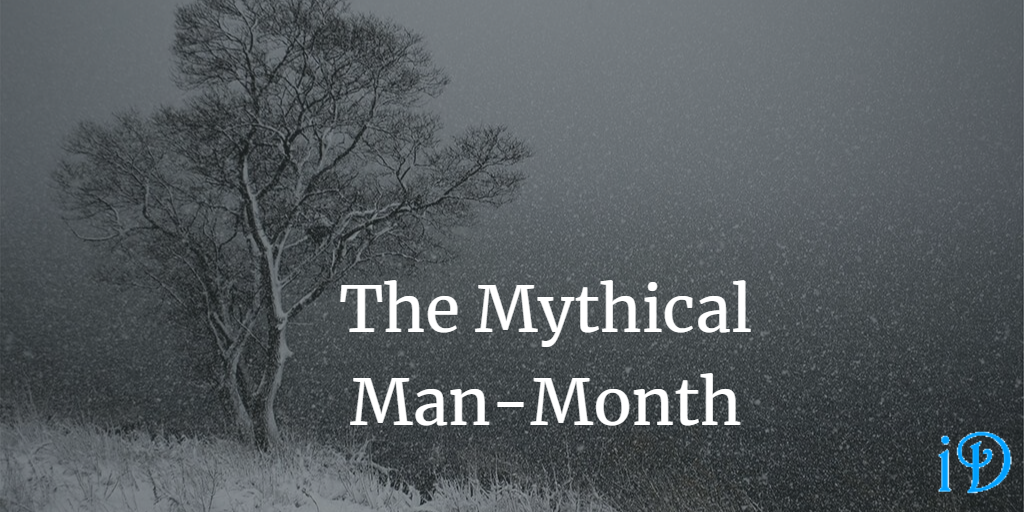 The Mythical Man-Month by Fred Brooks is considered somewhat of a classic in the world of books about software.

Indeed, it is near-impossible to read a book about software without some mention of The Mythical Man-Month. So I decided to read it and see what it was all about. I read the 1995 edition, which adds a few chapters at the end. Here's what I learned:

Firstly, practically every (if not every) chapter contains some method of the concept of conceptual integrity, the idea that software, like an airplane or a building, should have a consistency to its design and not be a hodge-podge of different designers' creations. To that end, Brooks argues that every software project have only a single architect, except in cases of massive projects which might require a team of architects.

Chapter 7: Why did the Tower of Babel Fail?

Chapter 11: Plan to Throw One Away

Chapter 13: The Whole and the Parts

Chapter 15: The Other Face

Chapter 16: No SIlver Bullet - Essence and Accident in Software Engineering

Chapter 18: Propositions of The Mythical Man-Month: True or False?

Chapter 19: The Mythical Man-Month After 20 Years

The industry is continuing to grow at an unslackening rate. Opportunities to learn more abound.