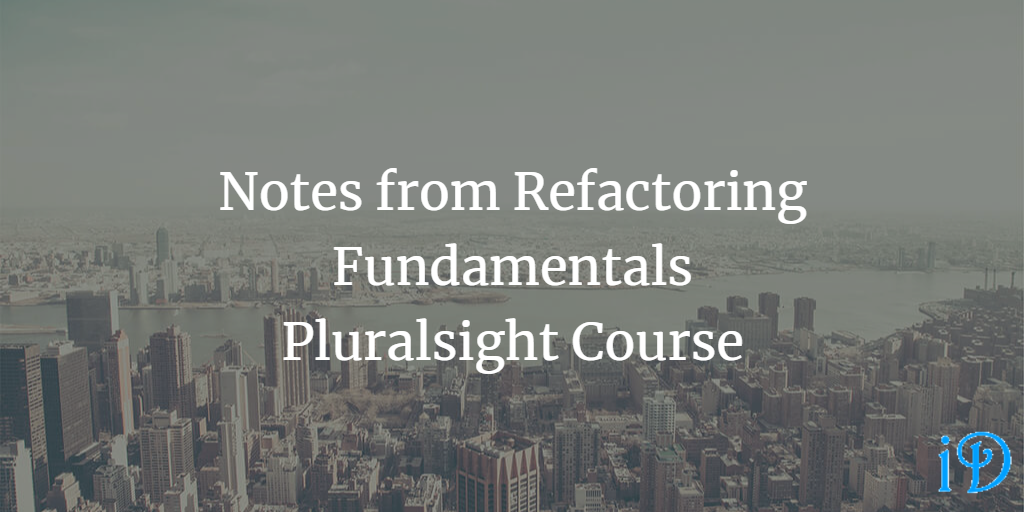 Steve Smith's Pluralsight course on Refactoring Fundamentals covers a lot of ground and provides a great overview of common code smells and ways to fix them.

I recently completed Refactoring Fundamentals by Steve Smith. He includes a lot of great examples and demos for everything he talks about, so I definitely encourage you to check out the course itself, but here are my notes: